We toured with minimal breaks from December 2013 until November 2014, so "tour scrapbooking" is pretty much caught up. (Yayayay!) For the purpose of closure, this page will encompass most of the noteworthy stuff since Ex Hex tour.

Nov 11: Death By Audio got shut the fuck down
Them farewell showed were dope. Creepy pics.

Nov 23-24: Mixed the alb
No Beer November was a relatively huge failure for me.

Dec 5: Great Scott Residency Week 1
Chandos kicked it off in style. Especially shirtless Julian. I made mixes and planned to have them spun in between sets but Dan G wasn't into it. (Hire me for your party and I will play these mixes.)

Dec 12: Great Scott Residency Week 2
Speedy's plan was to play all 3 weeks (12 songs each week) without repeating songs (so 36 songs without repeats). Did we pull it off?? 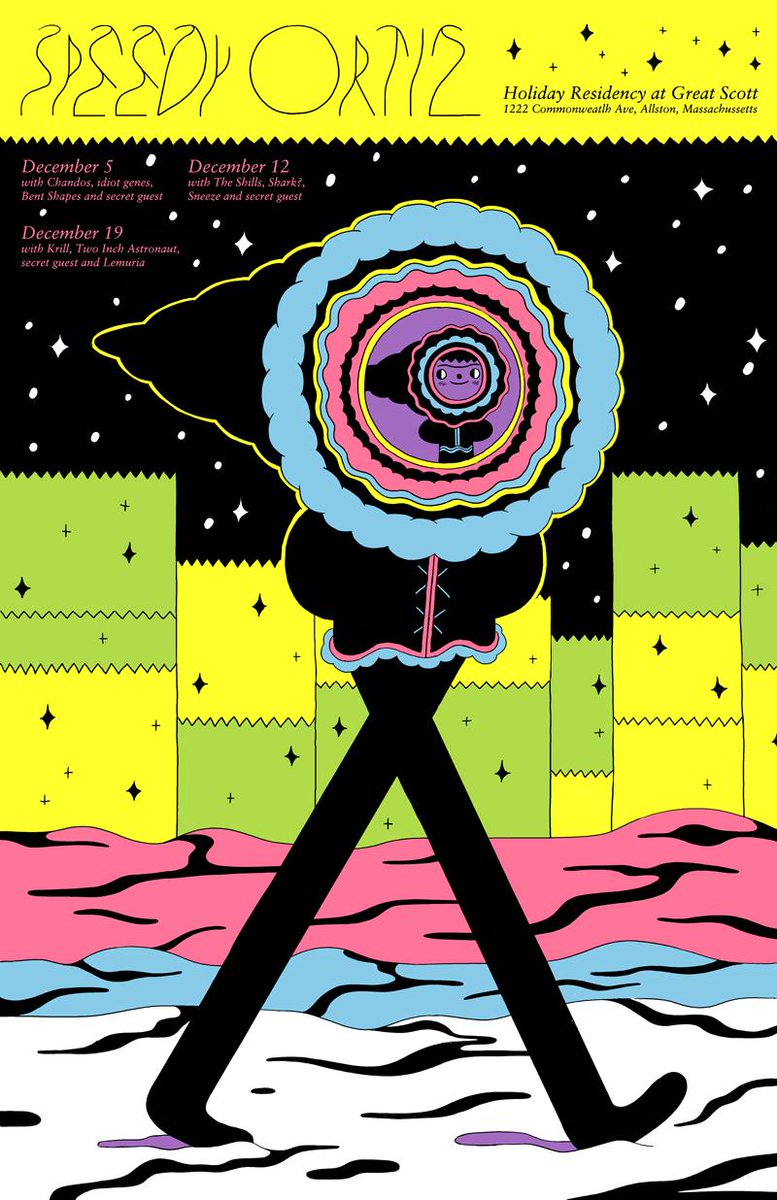 Dec 13: Average Cock plays at Lasthaus
Guessing that 99% of those who notice our occasional name change are unaware that the switch serves an actual purpose beyond appearing as a "surprise guest" at randomly chosen shows. But it's probably more interesting if we don't reveal why, because the reason is really boring. I've already said too much.

Hey, Ursula and Ian kicked serious ass at this show. Listen to these bands and give them Grammy Awards in 2016.
https://ripursula.bandcamp.com/
https://eyyunn.bandcamp.com/ 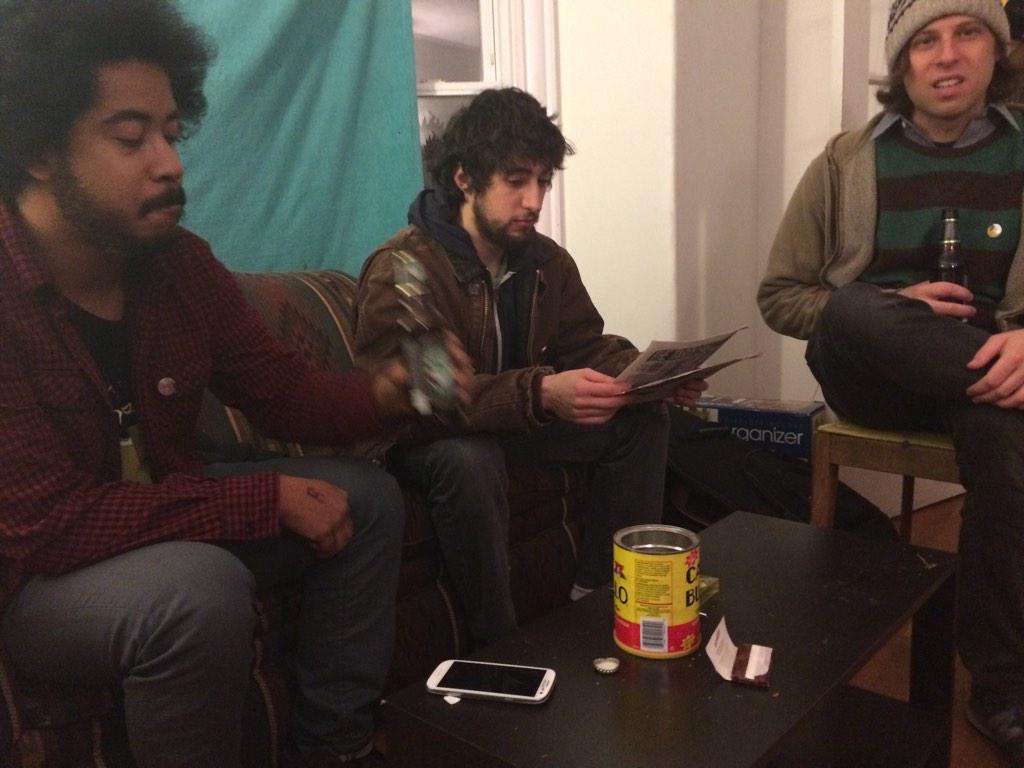 Our goal of playing 36 songs without repeats fell short of 1 song. But 35 songs without repeats is still pretty cool. In order to get there, at some point throughout these three shows we played "Dvrk Wvrld" and "Mr. Difficult" live for the first time ever, banged out some covers from TV On The Radio and The Cardigans, and brought back old songs like "Cutco" and "Swim Fan" that we hadn't played live since about a year prior.

Dec 20: House Show in CT
With Two Inch Astronaut and the bands in the flier. Tried to get Andy and Devin to bang out an impromptu "Scattering Ram" to no avail. I only have one picture from this show of me playing drums that Chris Morgan sent. 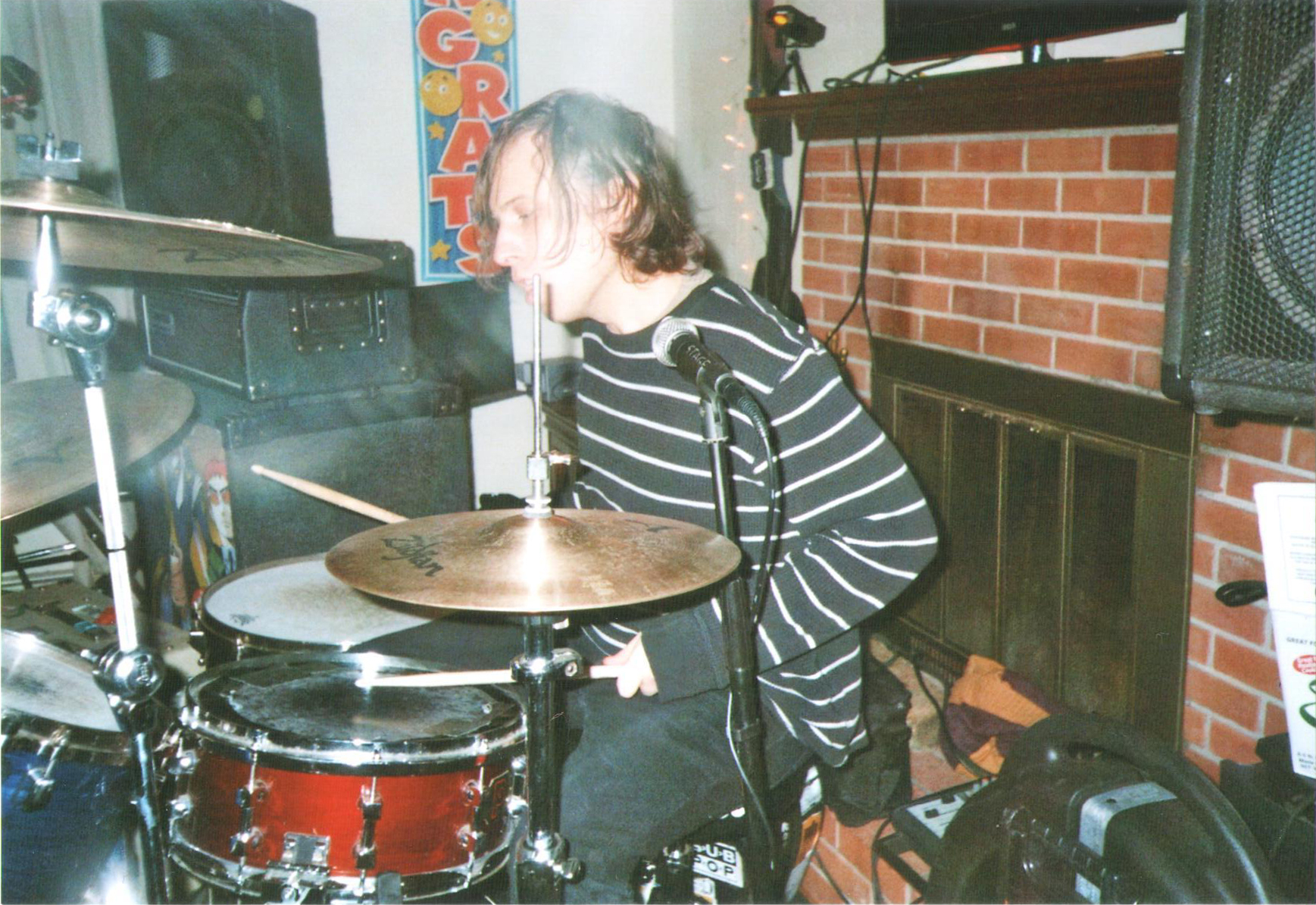 Jan 25: Got our picture taken by the great Bob Gruen
Maybe no one will care if I post one of the rejects that will never get used for anything. 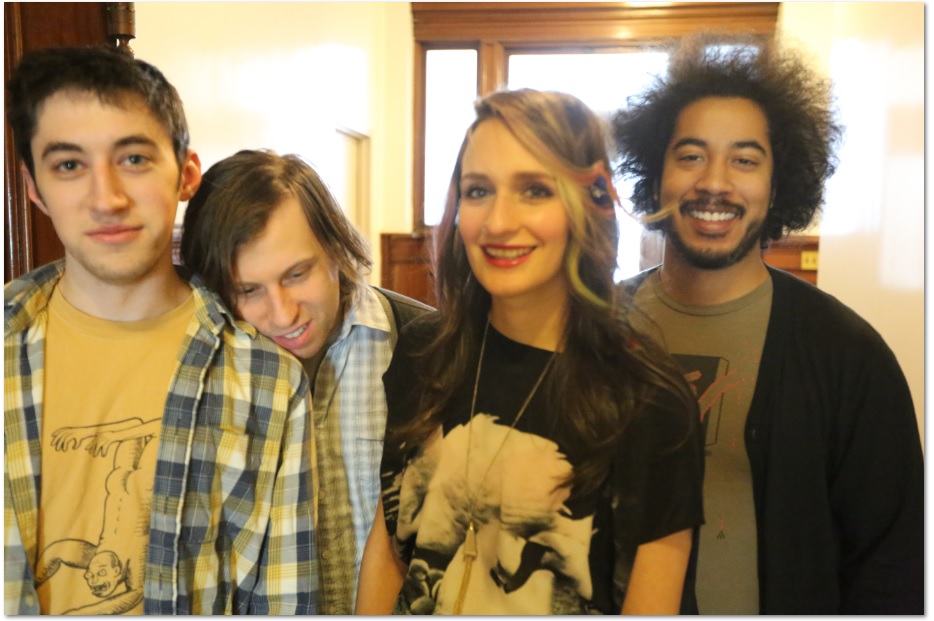 Jan 29: First show in 6 weeks
Our longest duration without a show. Someone said our cheap merch was too expensive or something.

Feb 8/9/10: "The Graduates" Video
Coming to a Vimeo near you. Shot during one of the big Boston blizzards of 2015. No spoilers allowed. But I can tell you that we could probably make another entire video with all the footage that got rejected from the final cut, which includes:
- Darl pukes eyeballs into the snow.
- We accompany a life-size bunny to a gym where he lifts weights and runs on a treadmill.
- We ran around a LOT and performed experiments at MIT.
- We played a lot of Scrabble. 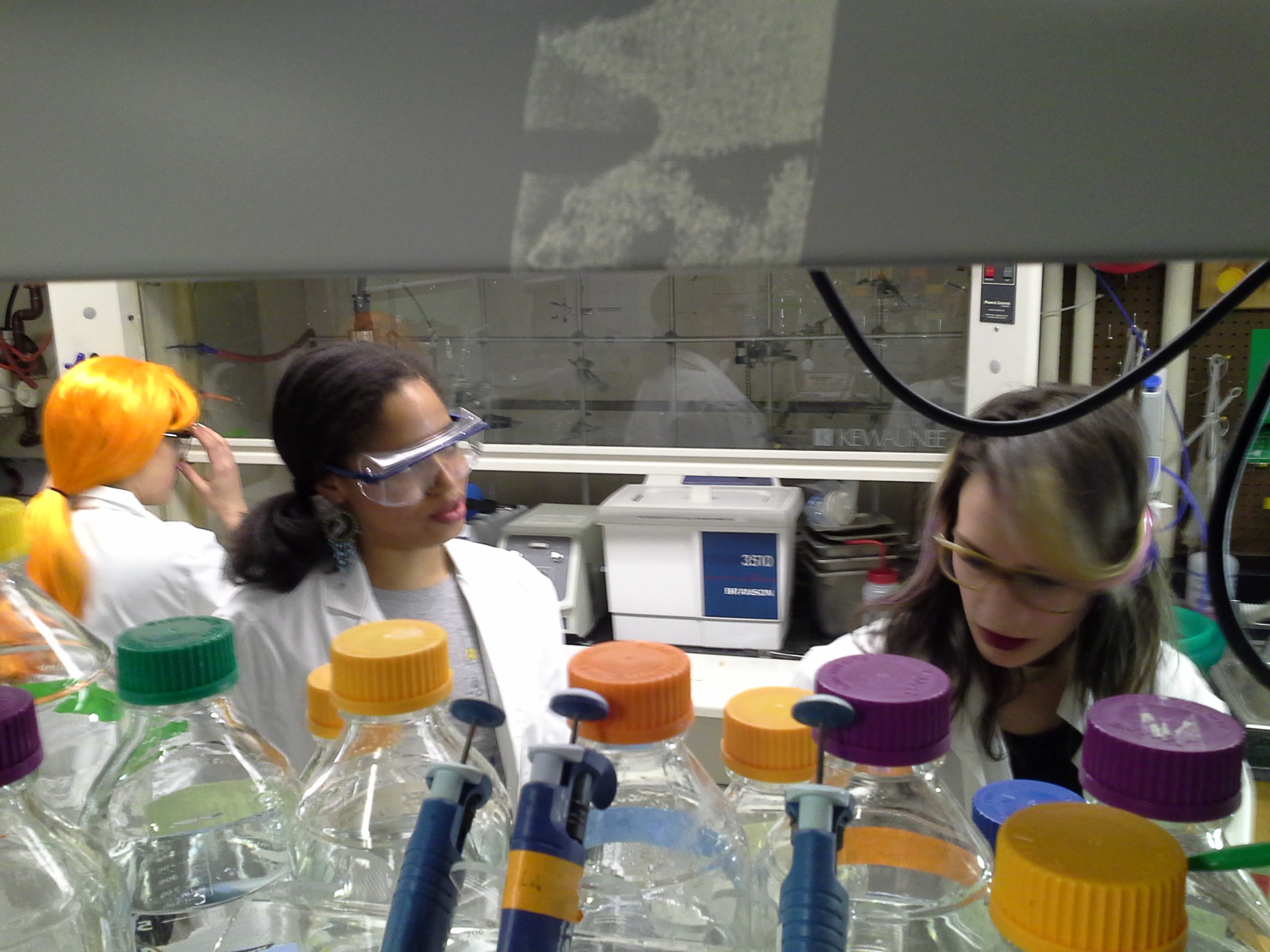 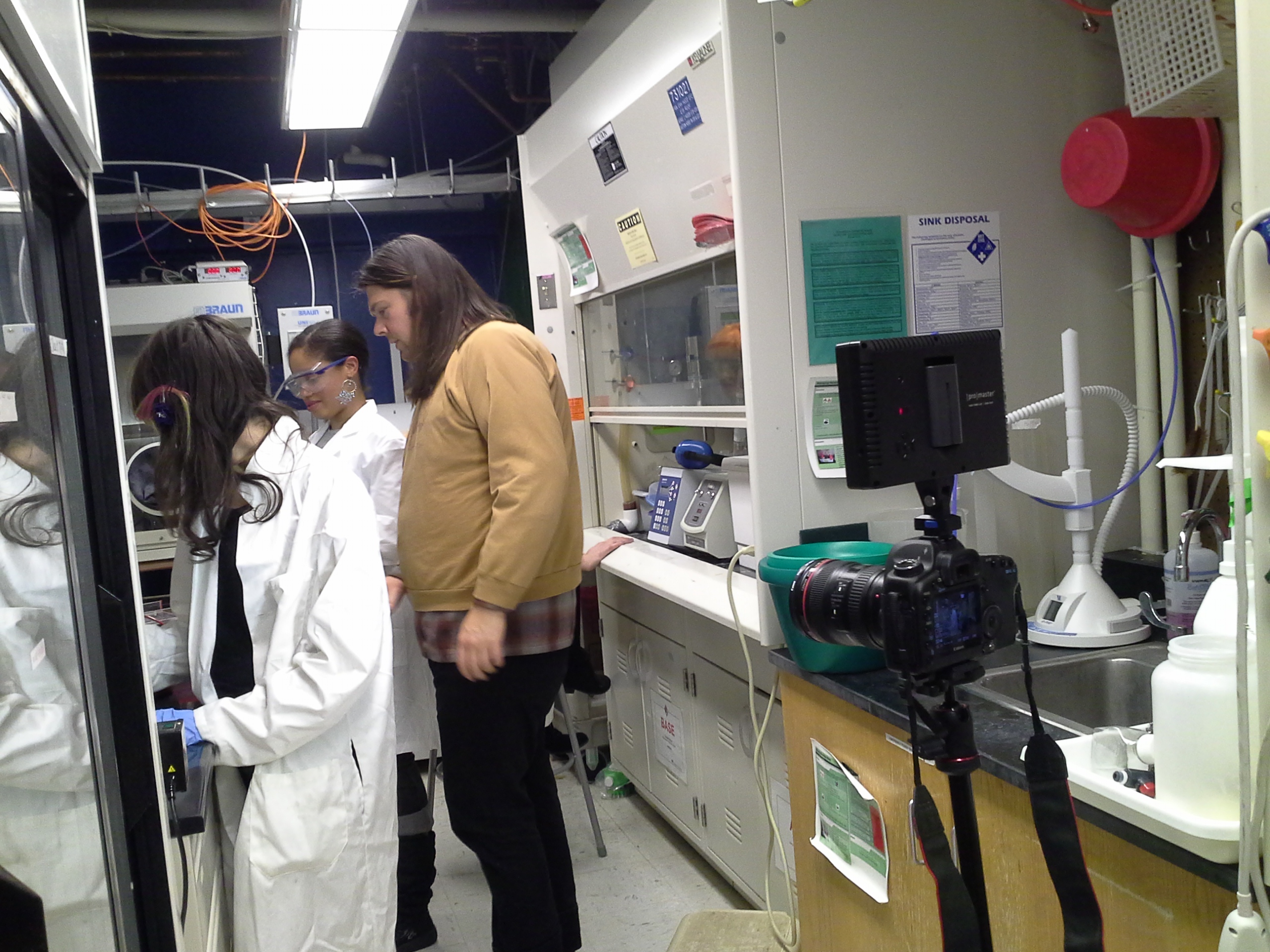 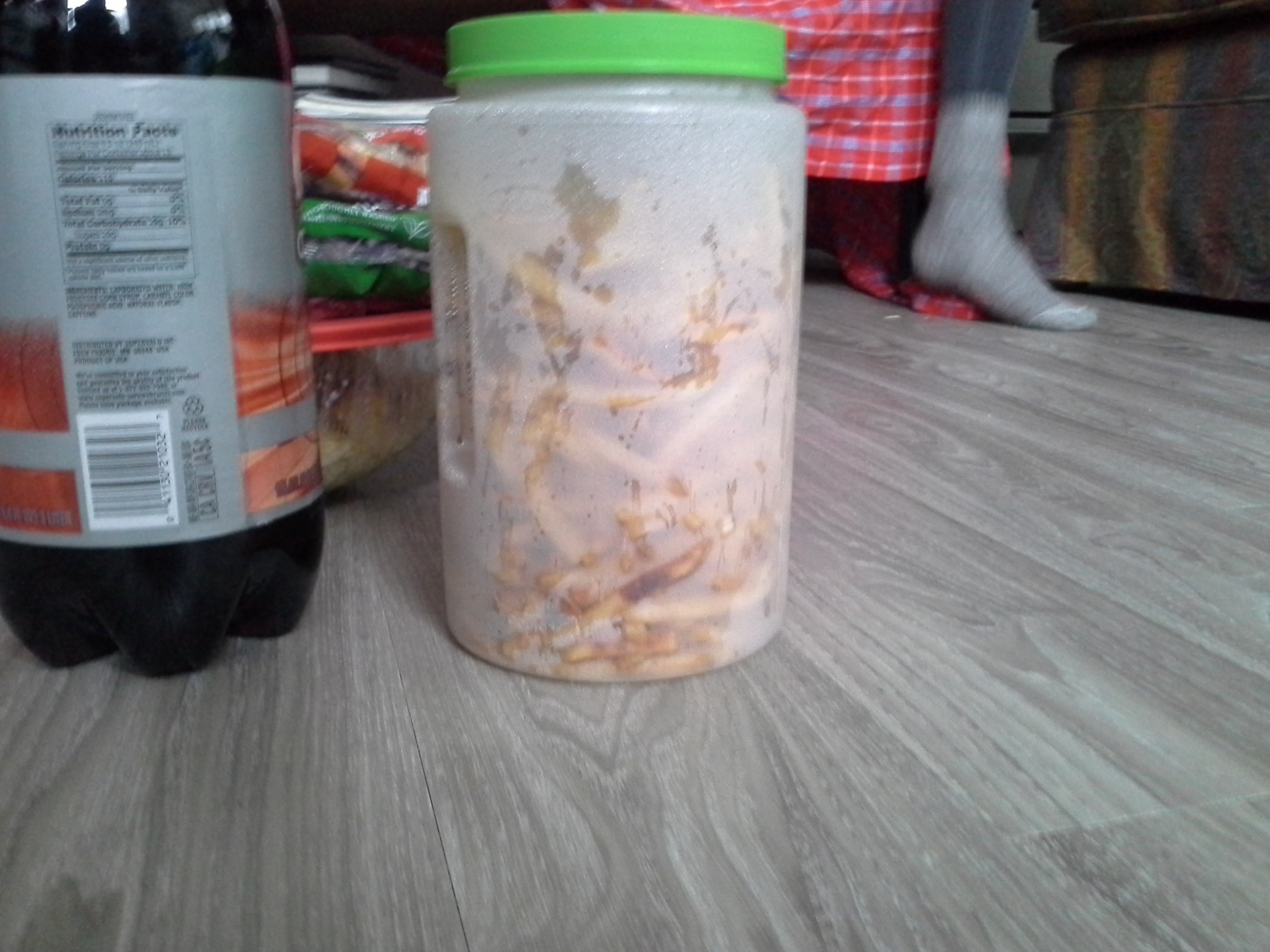 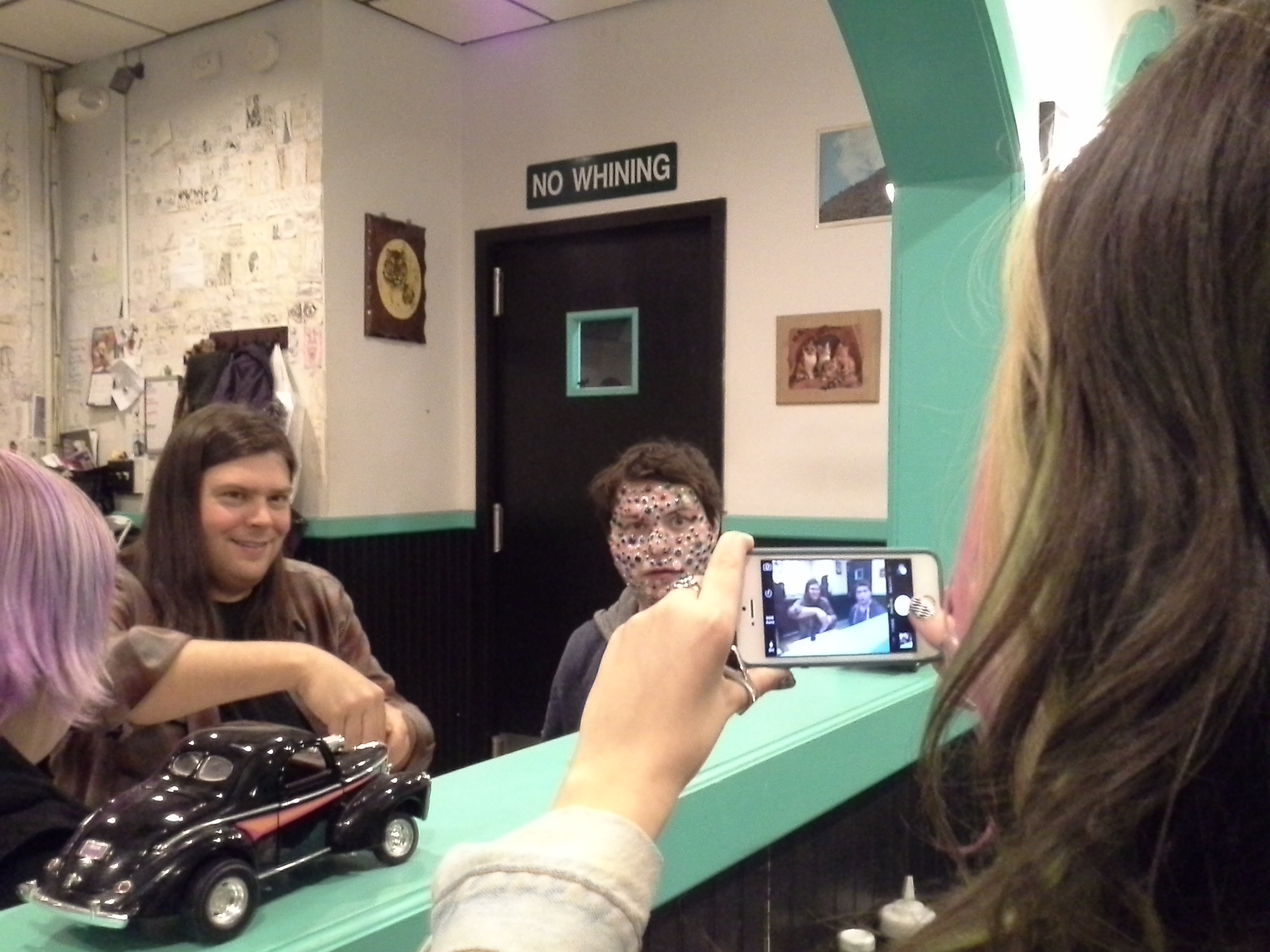 March 16/17/18/19/20: SXSW
If you've read this far, you've likely already seen at least one of the 59,999,998 blog posts that showed me trading spots with the great Hannibal Buress during our 3rd of 8 shows in Austin that week. Here's the late-night clip where it got briefly discussed:

About an hour before the show with the Hannibal cameo, we experienced a pretty surreal moment when we were interviewed by John Norris - one of the faces of MTV News during the '90s. The Q&A was posted at MTVIggy.Com about a week ago. We forgot to take video or pictures of that exchange, so instead here's a clip of John introducing a segment about Faith No More:

One of the pictures posted below is of Rae Sremmurd where two dudes were holding oversized cut-outs of their heads. We also got to see Failure and nerded out super hard within their presence. "They roll with a pretty rough crew," said Darl Ferm. 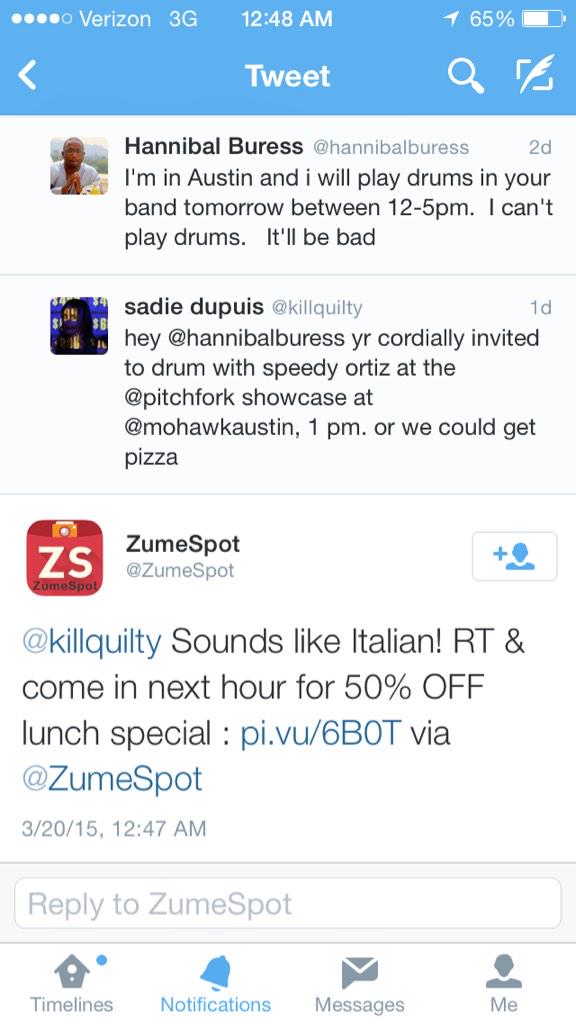 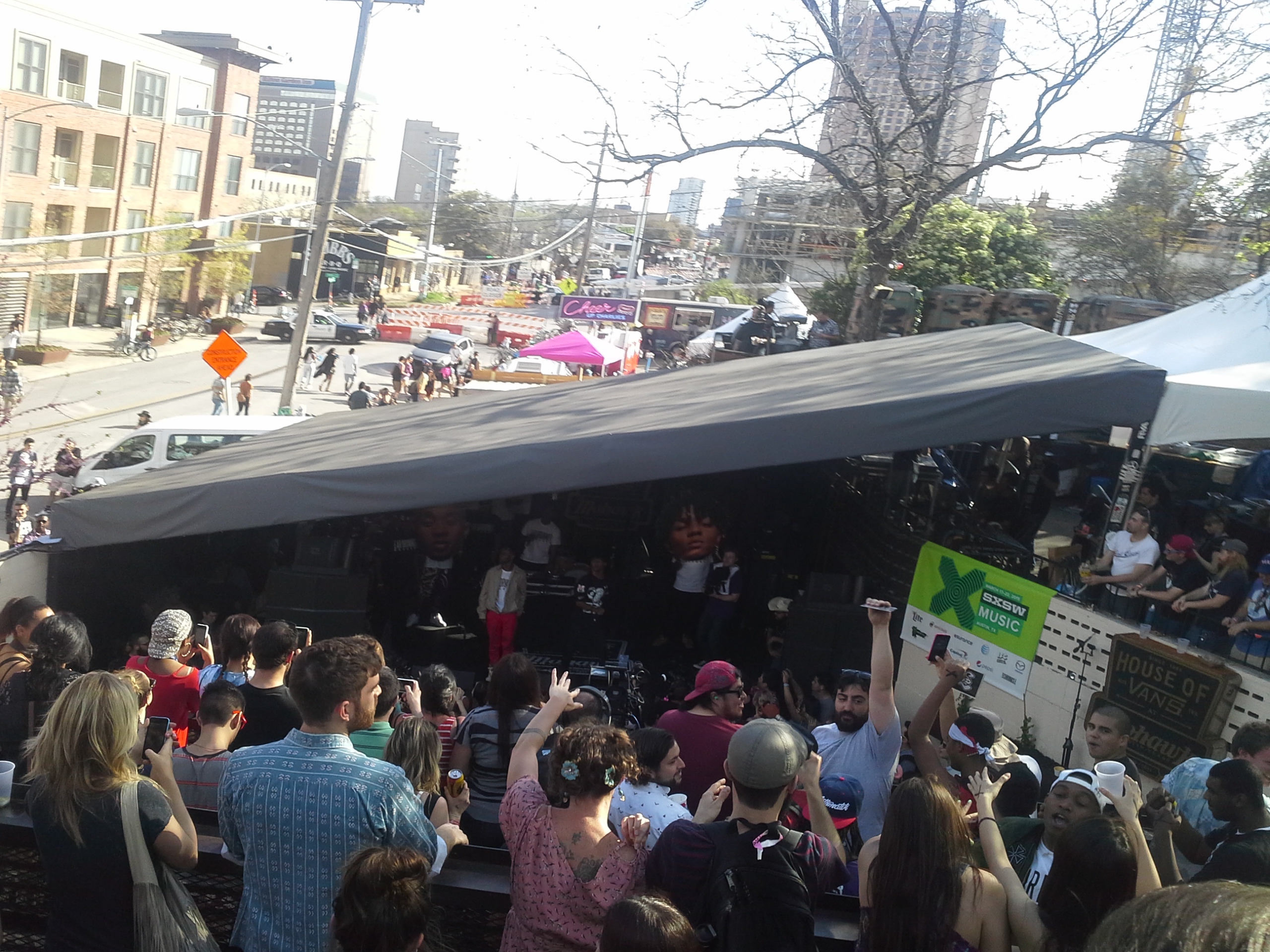 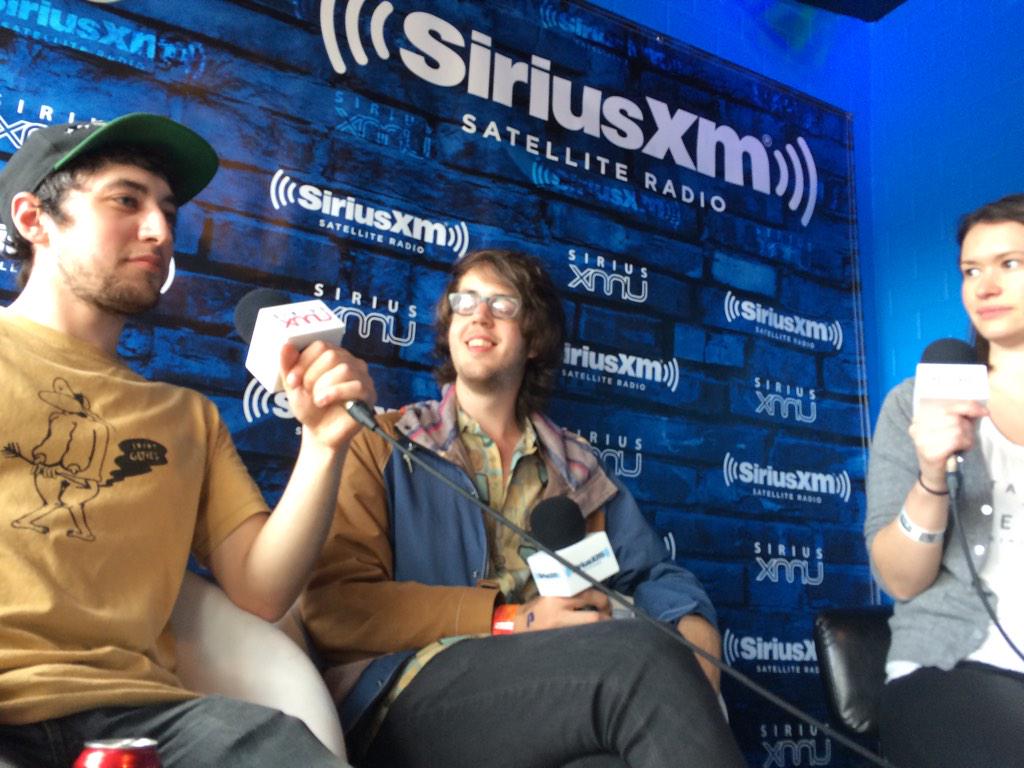 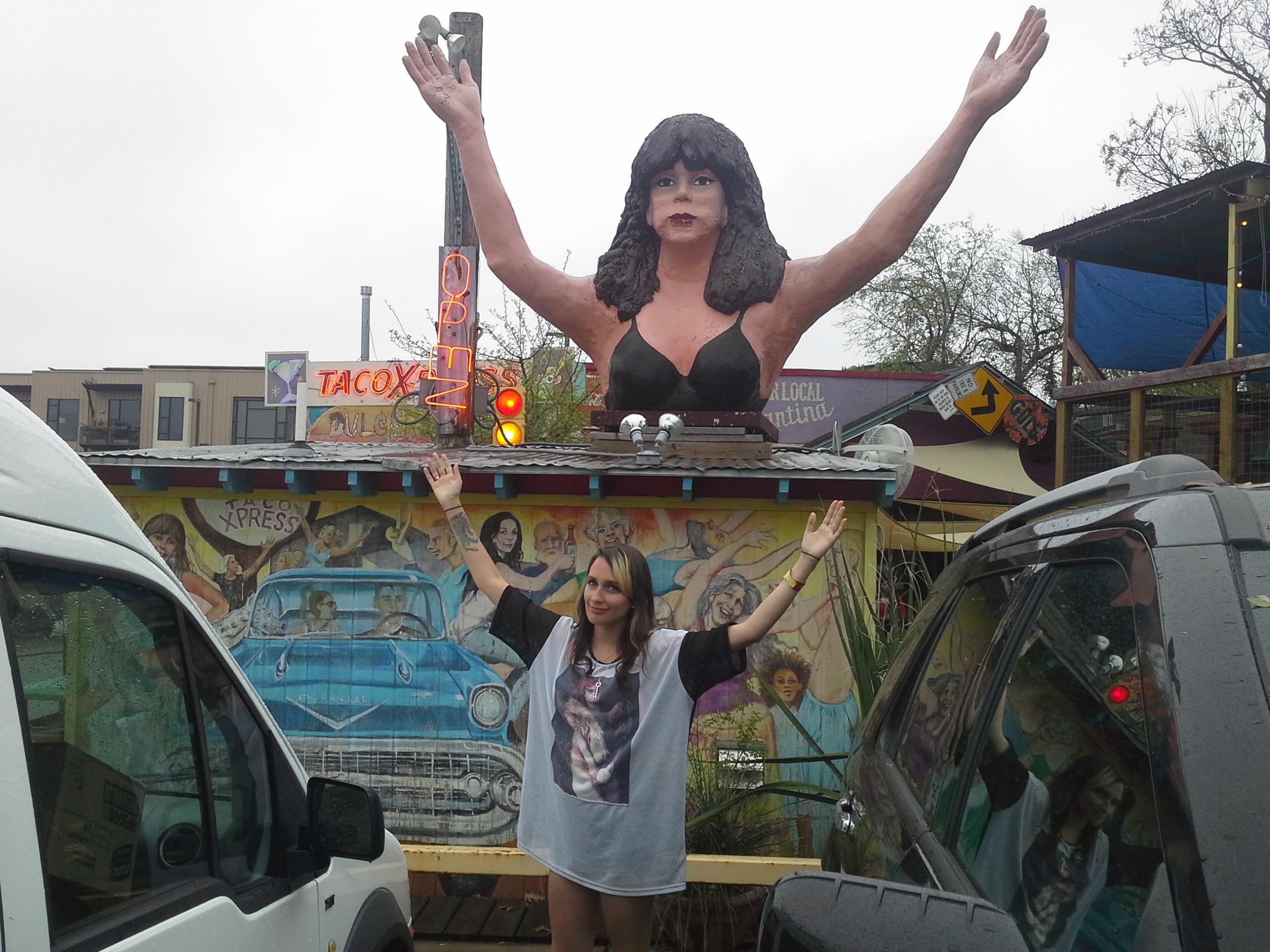 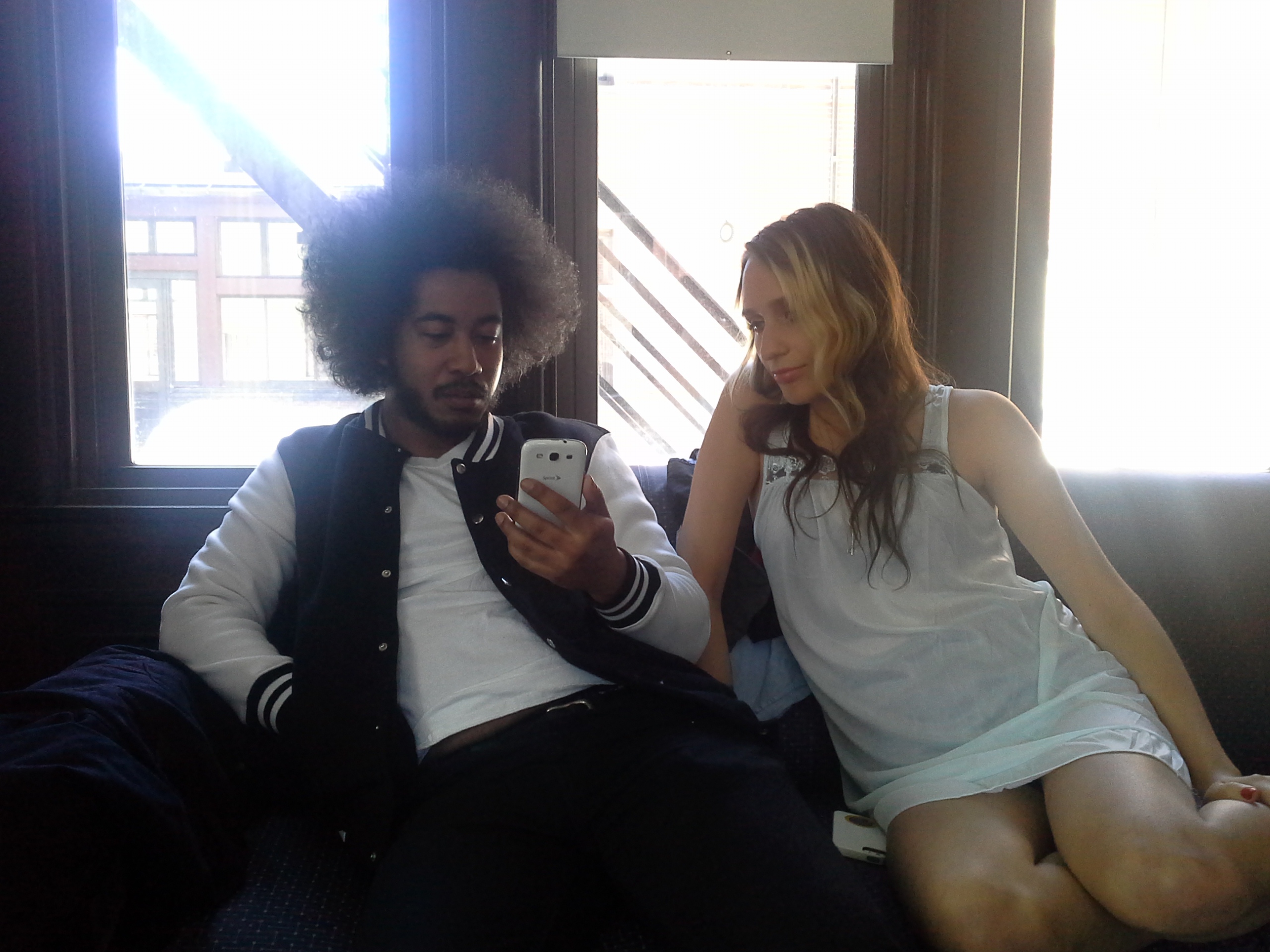 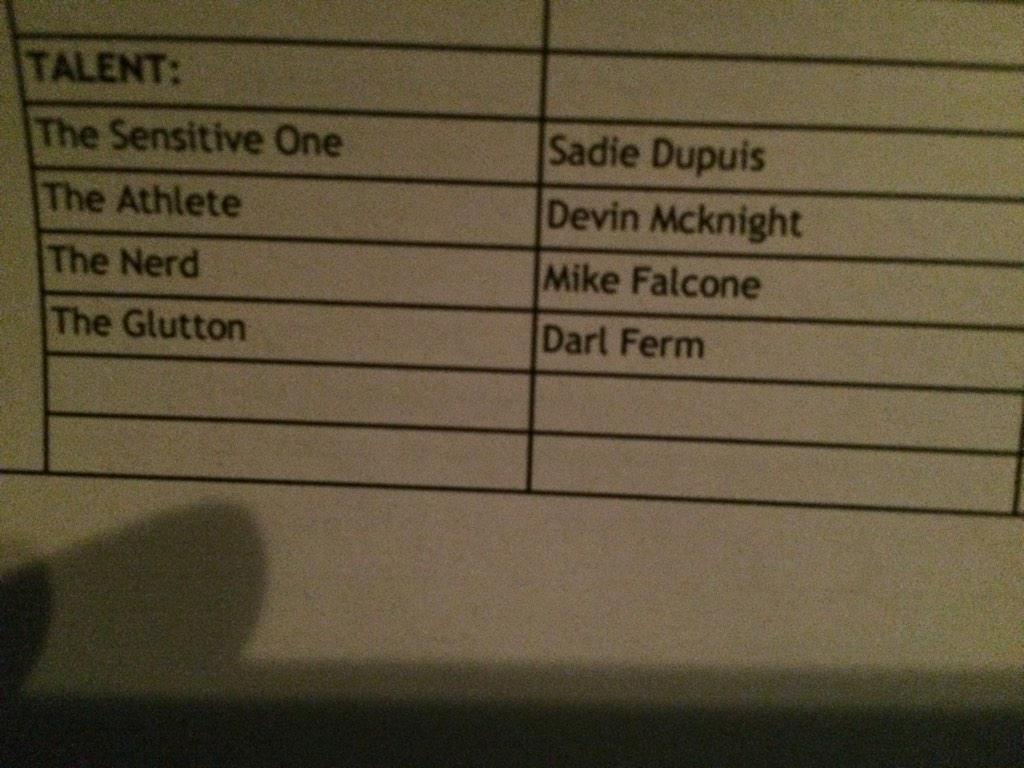 April 6: More "Raising the Skate" shooting
They wanted my car in the video. Sadie rolled around on the car hood which was probably unwashed. 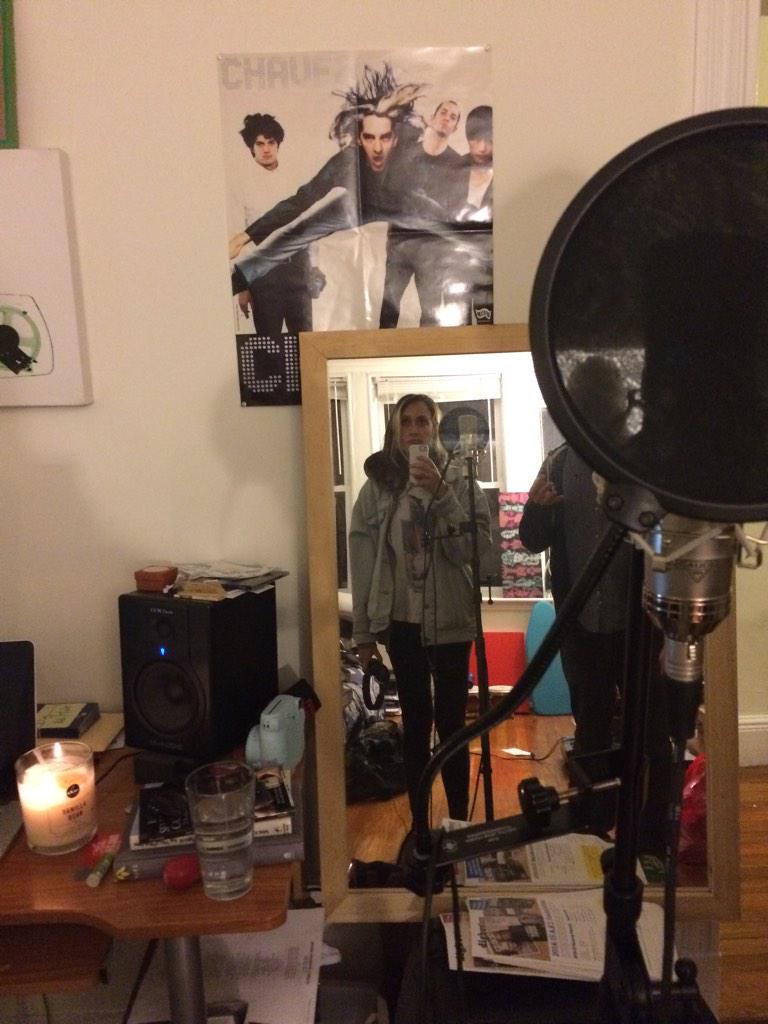 And hey, would you lookit that. We're all caught up. This calls for a celebration.